Books & Literature 20 Best Books Everyone Should Read in Their 20s 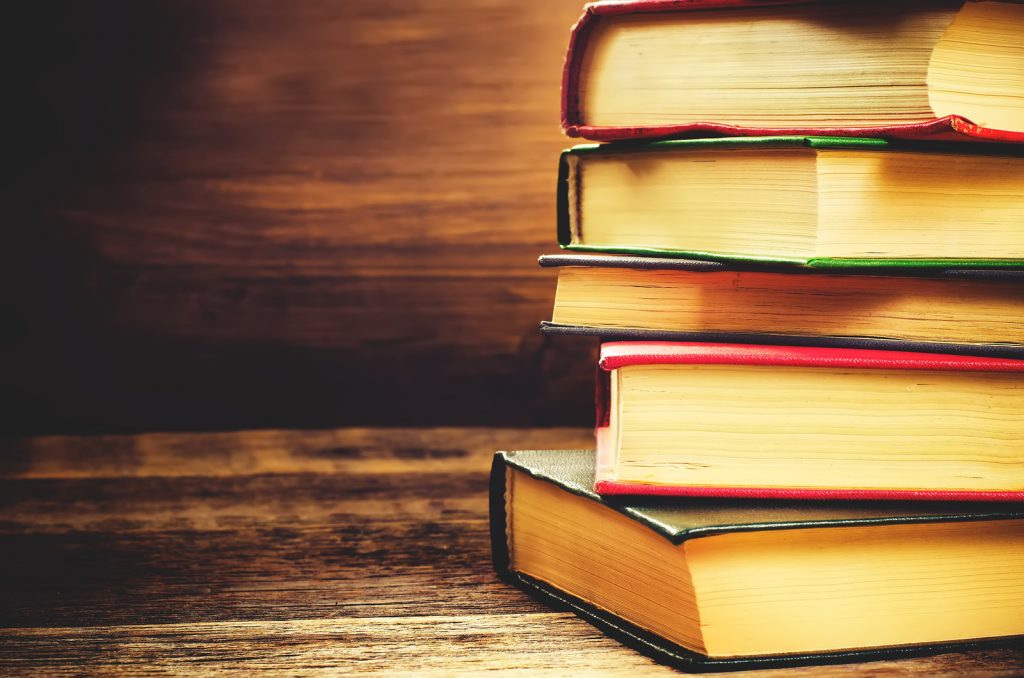 Turning twenty is one of the best things in the world. You just go out of your college, meet new people, and explore the World. But, while you are exploring other things, you somehow forget to read books as those fairy-tales and romantic novels starts making no sense and you want something different and extra. Now here I have a list of 20 books every 20 something must read.

The Alchemist – By Paolo Coelho

This novel by Brazilian Author Paolo Coelho was first published in 1988 and since then till 2020 October, it has been translated to 80 languages. The story of the novel tells us about a shepherd’s journey to Egypt when he follows his recurring dream to find a treasure there. The main motive of the book is to tell you should follow your dream what so ever.

The Myths of Happiness – By Sonja Lyubomirsky

This amazing book by Lyubomirsy shows us the deceiving ways where we think we might find happiness. Most of us think that we will be happy when we get the best job or get married to someone we love. But these are myths. Happiness lies within ourselves and we need to find that out. This is a must read book in our twenties as it shows us the real happiness in this anxiety-ridden world.

His Dark Materials – By Phillip Pullman 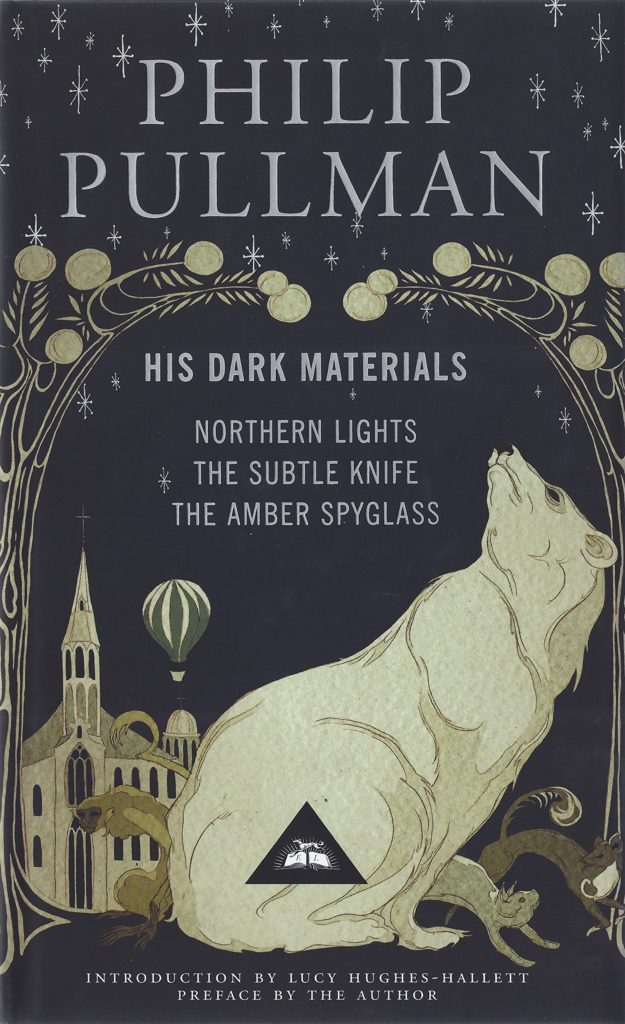 Published from 1995-2000, His Dark Materials is a trilogy of fantasy novel by Philip Pullman. The fantasy elements include witches and polar bears but the interesting thing about the book is that it also deals with the ideas of physics, philosophy and theology.

Not That Kind of Girl – By Lena Dunham

This book is kind of a collection of autobiographical essays, lists and emails that Lena generated. These frighteningly honest tales about women’s lives will show you a whole different world. Garb this book to empower your insight knowledge.

This autobiographical novel was first published in the year 1915. The story deals with deep issues like love, heartbreak and alienation. If you have fallen in love with someone too bad, you might find yourself in Philip, the protagonist of the novel.

The Defining Decade – By Meg Jay

We often neglect our days in our twenties, but it matters a lot. Meg Jay says if you are not feeling anxious in your twenties then you are probably an overconfident person who is likely to be unemployed in the near future. This book shows you scientific ways how to make the most out of your twenties.

The Year of Magical Thinking – By Joan Didion

Based on her Husband’s death, Joan Didion wrote this book and was first published in the year 2005. The book was nominated for Pulitzer Award and National Book Critics Circle Award. This one is known as the classic book about mourning. It is simply a reminder to appreciate your family, to travel and to grab opportunities whenever you can.

The Secret History – By Donna Tartt

First published in 1992, The Secret History by Donna Tartt is a detective fiction novel. The story tells us about six students in a college named Vermont. The book tells you what happens when all the boundaries of life falls down and you realise what happens when your life changes.

The Handmaid’s Tale – By Margaret Atwood

The Handmaid’s Tale is the story of a struggling woman who tries to determine her own self against all odds. First published in 1985, this novel won the Booker Prize in 1986 and Prometheus Award in 1987.

Tuesdays With Morrie – By Mitch Albom

In this biographical novel Mitch Albom recounts his time that he spent with his 78 year old sociology professor, Morrie Schwartz at Brandeis University. The book tells you what it is to be like to get advice from your elder one and listening to it. It might be boring at times, but it is teaches you life’s greatest lessons.

The opposite of Loneliness – By Marina Keegan

This autobiography by Marina Keegan went viral after Marina died in a car accident just five days after she graduated from college. The book was a collection of Marina’s both fiction and non-fiction works which was published posthumously by Scribner in the year 2012.

Inspired by the story of an African American slave Margaret Garner, during the American Civil War, Beloved was first published in the year 1987. The story of the novel tells us about an escaped slave’s life, her sacrifice and her journey through all the horror.

Released in the year 2014, this autobiography by Amy Poehler is quite famous and favorite among the readers for its humor and honesty. The true stories and life lessons will make you fall in love with the book and Amy.

With not a pleasant happy go ending, “Exit Here” teaches you about how life turns out to pretty disturbing and unfair when you find out your dream can never come true. This is an honest story about what happens when life gives you lemons. Like real bad lemons.

Published in 1956, the novel is based on the life of an American man, who lives in Paris and his relationship with other men in his life. It is indeed a deep love story and a classic in LGBT Literature. The story deals with heartbreaks, alienation and separation.

The Answer to the Riddle is me: A Memoir of Amnesia – By David Stuart MacLean

The story deals with a man’s life who is trying to rebuild his life after suffering from amnesia. His struggle, depression and his state of mind through his journey is beautifully put in a form of memoir in this book.

My Year with Eleanor – By Noelle Hancock

Are you afraid of something? If you are, then start doing things that you are afraid of everyday, one by one. The whole idea was put on this memoir by Noelle Hancock. When she realized it’s time to live her life the fullest, Noelle Hancock took Eleanor Roosevelt’s idea to “do one thing a day that scares you”.

On the Road – By Jack Kerouac

When young people start crashing into their own world, they start becoming terrifyingly energetic. This novel by Jack Kerouac explains the embodiment of the incredible will power of the young generation.

The Art of Asking – By Amanda Palmer

It is okay to ask for help, as we are not super heroes to do everything on our own. Especially when you are in your twenties, you find it difficult to ask help from other. The book teaches you its okay to ask for something. Nobody has the power over you. In fact we all have power to help each other.

Wild is memoir by Cheryl Strayed describing her 1100 mile hike on Pacific Crest Trail which she recalls as the” journey of self-discovery”. Published in 2012, the book tells us about loss, disillusionment and ultimately healing of oneself on this journey of self discover.

So here is my list of the best books to read for 20 something. We have not mentioned “Harry Potter” series above but it is also one of best books everyone should read in their 20s. If you are feeling low, depressed and unwanted then grab any of these books and cheer yourself up. You can thank us later!

Horror, mystery, thriller, fantasy and psychological books have always been a favorite among us. And there is nothing better than a spooky, scary, spine...
Read more
Books & Literature

Now that it is a decade of all these technologies and stuff, there are a few things that haven’t changed yet. Reading books is...
Read more
Books & Literature

History is an interesting subject and we all want to know so many things that happened in the past.  Most of us find history...
Read more