History is an interesting subject and we all want to know so many things that happened in the past.  Most of us find history boring but a good historical novel will always make you feel good when you are bored by those romantic ones. If you are a history fan, then we are providing you a list of the best historian books you must read in your lifetime.

The Twentieth Wife – By Indu Sundaresan 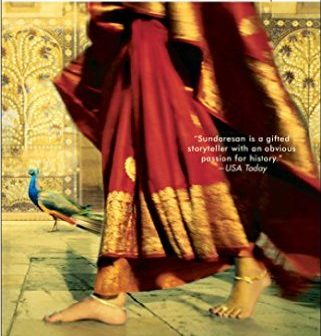 This historical fiction by Indu Sundaresan is one of the most remarkable books in historical fiction. First published on January 29, 2002, this book won the “2003 Washington State Book Award”. The story tells about one of the most powerful Queens of the Mughal Dynasty, Nurjahan. Sundaresan describes Nurjahan’s (formerly known as Meherunnisa) early life, her love for Emperor Jahangir, and how she became Jahangir’s twentieth and last wife. Their love story is no less than Mumtaz and Shah-Jahan’s.

This historical and anti-war novel by Pat Barker was released in 1991. This epic work by Barker was nominated for the Booker Prize and it is regarded as one of the best four novels of the year published by New York Times Book Review. Based on the First World War concept, Barker took us into a life that was set in the year 1917, and yet we could no more feel any distance from the soldiers and their lives. It’s truly subtle and touching historical fiction.

Gone with the Wind – By Margaret Mitchell

First published in 1936, Gone with the Wind is based on American Civil War and Reconstruction. Margaret Mitchell won the Pulitzer Award in 1937 for this historical fiction. The story tells us about young Scarlett’s struggles in her life to come out of poverty, who happened to be a rich spoiled child of a well-to-do plantation owner once.

War and Peace – By Leo Tolstoy

This historical novel by Leo Tolstoy was first published in the Russian Language in the year 1969 and then translated into the English version naming “War and Peace” by Nathan Haskell Dole in the year 1899. The story is based upon the French invasion of Russia and the effect of the Napoleonic era on Tsarist society. This novel is known as the finest work literary work of Leo Tolstoy.

With her pseudonym George Elliot, Mary Ann Evans penned-down this beautiful historical novel. The novel was published during 1862-63 in two parts. The story of Romola takes place during the historical events of the Italian Renaissance. However, the history of Florence society is beautifully explained in the novel. It is basically a “deep study of life in the city of Florence from an intellectual, artistic, religious and social point of view”.

Sarah Waters published her historical fiction “Affinity” in the year 1999. This novel is set in the year 1874. The story tells us about Margaret Prior, an unmarried woman from an aristocratic society who is an unhappy person. Her father’s death and other issues lead her to unsuccessful suicide attempts. Hoping to get over from her grieves; she decides to visit the female prisoners in “Milbank Prison” in the Victorian Era. There she meets Selina Dawes, a medium of spirits. The spiritual element in this historical fiction makes it more interesting.

Wolf Hall is a historical novel published in 2009 by English Author Hilary Mantel. This is actually a fictionalized biography about Thomas Cromwell in the court of Henry VIII. IN 2012, the book won the Booker Prize and The National Book Critics Circle Award. There are two more sequels for this book. The first one is “Bring up the Bodies’ published in 2012 and the second one “The Mirror and the Light” will be published soon.

The Name of the Rose – By Umberto Eco

This historical mystery novel was set in the year 1327. Italian author Umberto Eco made his debut as a novelist through this novel. Published in 1980 the book deals with a historical murder mystery set in an Italian monastery. The book combines fiction, medieval studies, biblical analysis, and literary theory. The novel was first published in the Italian Language and was later translated to English by William Weaver in 1983.

A place of Greater safety – By Hilary Mantel

Again another masterpiece by Hilary Mantel. Published in the year 1992, this historical novel is based on the French Revolution. The story is based on the lives of four people from their childhood. They are basically doomed from the beginning but it’s the end that makes us cry.

A Tale of Two Cities – By Charles Dickens

A Tale of Two Cities is a historical novel by Charles Dickens published in 1859. The novel is based on the time during and after the French Revolution. “The two Cities” as mentioned in the title depicts London and Paris. The story tells us about the negligence of the French aristocrats towards the peasants. It beautifully illustrates the lives of two different cities’ people but also shows us the brutality of the aristocracy.

So here is our list of the 10 best historical fiction of all time. Do read the books and you may thank us later. If you want to add some more to the list, please let us know in the comment box.

Turning twenty is one of the best things in the world. You just go out of your college, meet new people, and explore the...
Read more
Books & Literature

Horror, mystery, thriller, fantasy and psychological books have always been a favorite among us. And there is nothing better than a spooky, scary, spine...
Read more
Books & Literature

Now that it is a decade of all these technologies and stuff, there are a few things that haven’t changed yet. Reading books is...
Read more