Now that it is a decade of all these technologies and stuff, there are a few things that haven’t changed yet. Reading books is one of them. Well, books have always been the key to one’s insight into knowledge and we all have read at least one book in our lifetime. Now here is a list of a few non-fiction books you might want to read before you kick the bucket:

A Feminine Mystique – By Betty Friedan

In the era of the blooming feminism concept, The Feminine Mystique is quite an interesting book to start with. First published in 1963, this book by Betty Friedan deals with the amusing beginning of feminism in the United States. Friedan, a student of Smith College, was asked to interview her college mates for their 15th Anniversary Reunion, where she found out that almost every woman she talked with wasn’t quite happy about their lives despite having all the luxuries in their lives. This led Friedan to a deep digging into the matter and she started interviewing other suburban housewives. However, she found out that this was not only a problem of a small group of women but almost everyone was facing the same. Initially, she wanted to publish an article about this topic but no magazines wanted to publish the same. Eventually, Friedan published her own book. Well, we are glad that there is something we can look up to when we need some answers about Feminism.

I Know Why the Caged Bird Sings – By Maya Angelou

Based on her early life, Maya Angelou penned-down this beautiful autobiography in 1969. This is the first volume of her seven-volume series where she tries to explore things like racism, identity, rape, and literacy. She called her younger self which is the main character in the book as the “symbolic character for every black girl growing up in America.” The story begins with a sweet three-year-old Maya and her brother being sent to live with their grandmother at Stamps Arkansas and ends with Maya becoming a mother at the age of 16. This beautiful book teaches you how to be strong and how your love for literature can bring a difference in your life and overcome trauma.

An Autobiography of Malcolm X – By Alex Haley/ Malcolm X

This biography based on the Human Rights activist Malcolm X was published in 1965, as a result of the collaboration of the activist himself and the Journalist Alex Haley. During the years from 1963 to 1965, Alex conducted a few series of interviews with Malcolm X and later he published these interviews in the form of a book. However, this book deals with Malcolm X’s philosophy towards black people and their pride, Black Nationalism, and Pan-Africanism. 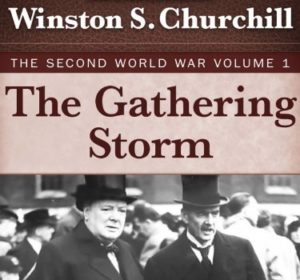 If you are an admirer of History, here is our Nobel Prize winner “The Second World War”. Published in 1953, Winston Churchill portrayed the period from the end of the First World War to July 1945 beautifully in the book. However, he used his own notes and scribbles along with some official documents but as he penned-down the book from his point of view, it misses quite a few details about the World War. But the book was a major commercial success in Great Britain and later was awarded The Nobel Prize for literature in 1953.

The Civil War: A Narrative – By Shelby Foote

Shelby Foote, formerly a novelist penned-down this non-fictional narrative history based on the American Civil War. It deals with the military history of America although it touches the sides of political and social themes at times. There are three volumes of this particular book- Fort Summer to Perryville, Fredericksburg to Meridian, and Red River to Appomattox. You definitely want to go for it if you want some insight knowledge about the American Civil War.

A Brief History of Time – By Stephen Hawking

In an attempt to explain the range of subjects in Cosmology, the British Physicist Stephen Hawking wrote the book “A Brief History of Time.” There have been four revised editions of the book till now where he tries to explain the chances of time travel, wormholes, and also the possibility of a universe without a quantum singularity at the beginning of time. It has been a best-seller over time and sold more than a million copies in the last 20 years and it has been translated to more than 35 languages Worldwide.

In Cold Blood – By Truman Capote

Based on true events, “In Cold Blood” is a novel written by American author Truman Capote. It deals with the murders of four members of a family living in Holcomb, Kansas. In 1959, all the family members of Herbert Clutter were murdered in their own house and when Capote learned about it, he flew to Kansas along with his friend and fellow author Harper Lee. There they investigated the case, talked to neighbors and other people, and gathered details. After six years of hard work on the book, Capote published the book in 1966 and it was a massive success. If you are a fan of crime and true events, you mustn’t miss it at any cost.

“Black Boy” by Richard Wright was first published in 1945 which is basically an autobiography based on Wright’s childhood and young adulthood. The book deals with his encounters with extreme racism and brutal violence, which stays with him for the entire life. The book starts with a mysterious, rebellious boy burning down his grandmother’s house and ends with he trying to start a revolution through his writing.

The Diary of a Young Girl – By Anne Frank

It has been ages and we still cannot miss out on this one. The Diary of a Young Girl is actually based on true events that took place during the occupation of the Netherlands by the Nazis. Anne Frank, a 14-year-old girl, liked to note down her day to day life in a diary. During her days of hiding with her family, she maintained a diary where she put every little detail about her and her family’s life. In 1944, the family was apprehended but she died of typhus in the camp. It was her father who later found the diary and published it as a book in 1959.

The Interpretation of Dreams – By Sigmund Freud

Psychology is one thing that makes us curious. We all want to go deep through it. So here is a book by Sigmund Freud explaining your dreams. This book was first published on November 4, 1899. Freud here introduces the theory of the unconscious human mind and tells us about how dreams work. According to Freud, dreams are our very own unfulfilled desires that we attempt to fulfill it on our unconscious mind. What’s more? Well, you need to go through the book by yourself to get more insight.

So I have provided you some best possible options of books that you might want to go for. Read as much as books as you can and gain knowledge. As they say—“Knowledge is power.”