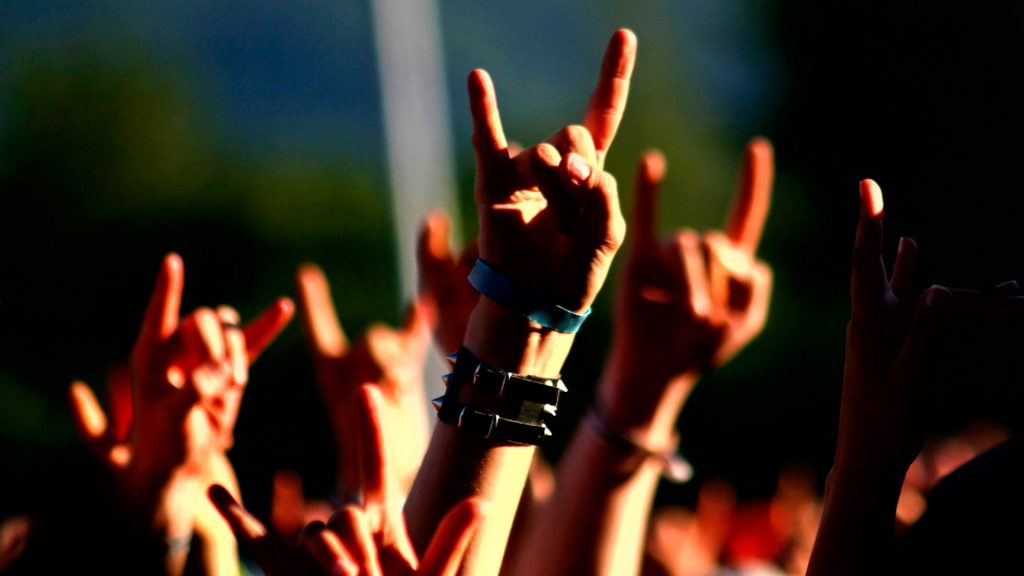 Music is fun, music is heart and soul. And when it comes to Rock music, it has been popular around the globe since the 50s. From Elvis Presley to Ozzy Osbourne, rock music has kept us amused over the decades. Here is a list of best Rock songs of all time.

Alternatively, if you have just composed your own rock song, you might want to use IGMassDM for making it popular over Instagram.

This English Rock Song by Pink Floyd first appeared on their album “The Wall” in 1979. This is The Band’s one of the most famous songs and it has been listed as the number 314th on Rolling Stone magazine’s list of the 500 Greatest Songs of All the Time in 2004.Then again in 2011, this song was ranked number 5th in the BBC Radio 4’s listeners’ Desert Island Disk choices. The song is based on an alienated Rock Star “Pink” and compares his memories of “Pink” being ill as a child with his numbness towards it in the adulthood.

Smoke on the Water – Deep Purple

In 1973 the English Rock Band Deep Purple released their song Smoke on the water in their album “Machine Head”. This song’s lyrics is based on a true event happened to the members of the band in 1971, December 4th. However, the song has been ranked as number 434 on Rolling Stone magazine’s list of the 500 greatest songs of all the time in 2004. In 2005, it was named as number 4th in Total Guitar magazine’s Greatest Guitar Riffs ever. Watchmojo.com ranked it number 5 on the list of Top 10 Guitar Riftfs of all the time.

Free Bird is actually a power ballad by the American Rock Band Lynyrd Skynyrd released in November 1974. It is quite a popular song by the band and it is often used as the finale song by Lynyrd Skynyrd during their live performances. Just after its release, the song ranked as No. 84 on the Billboard Hot 100 and also became the Band’s second Top 40 hit in the early 1975 at No. 19.

In the album “Physical Graffiti”, the English Rock Band “Led Zeppelin” released their hard rock song Kashmir in the year 1975. Written by Jimmy Page and Robert Plant with the collaboration of John Bonham, the idea of the song actually came from their journey through the area called “the waste land” of Southern Morocco. It has become a concert staple and it is regarded as the band’s overtly progressive epic.

It is a song by the British Rock Band Queen released in 1975 in their studio album “A Night at the Opera.” Though it was the most expensive single rock song at the time of its release, it became a commercial success and stayed at No. 1 at the UK Singles Chart for 9 weeks. By the end of January 1976, more than 1 million copies were sold for this single. At the time of “Bohemian Rhapsody’s re-release in 1995, it again managed to hold the No. 1 rank in the UK Singles Chart for another 5 weeks. However, it is indeed Queen’s most popular songs all the time.

In 1987, the American Rock Band Guns N’ Roses released the heavy metal song “Welcome to the Jungle” on their debut studio album Appetite for Destruction. In 1987, it reached No. 7 in the US Billboard Hot 100 and No. 24 on UK Singles Chart. The song was written by Axl Rose, while Rose was visiting a friend in Seattle.

This hard rock song by Aerosmith was released in August 28, 1975 and re-released in November 5, 1976. It was written by Steven Tyler and Joe Perry. In early 1977 and was ranked at No. 10 on the Billboard Hot 100. However, it is listed as one of the songs by Aerosmith which helped him to get a break to the mainstream in 1970s.

Written and composed by Dee Snider and performed by his band Twisted Sister, I wanna Rock is Heavy Metal song released in 1984 in their album “Stay Hungry”. In 2009, VH1 named this song the 17th VH1 Greatest Hard Rock Song of all the time.

This Hard Rock song, “Stairways to Heaven” by the English Rock Band has always been one of the favourites of all the times. It was released in 1971, 8 November. Without our surprise, it has often been referred to as one of the greatest Rock songs of all the time. In the year 2000, it was ranked as the No. 3 by VH1 on the list of VH1 Greatest Rock Songs. And in the same year, Rolling Stone magazine named this song as the 31st on their list of “The 500 Greatest Songs of All Time”. However, in 2007 “Stairways to Heaven” hit No. 37 on the UK Singles Chart.

Pro tip: You might want to use any of the best noise canceling headphones under $200 for better experience.

Well it doesn’t matter if you are a hardcore Rock Music lover or not. But this list definitely consists of some of the great rock songs of all the time. In my words, Rock without Love and Love without Rock is nothing.

Since the late 19th centuries and the early 20th, Jazz music has become a lot more popular and also one of the most respected...
Read more
Music

Pop music is quite a popular genre and we all love to listen to pop songs. From Mariah Carey to Ray Charles, the music...
Read more