Being a superhero fan, I imagine sometimes what it would be like to have immense powers and then help people. We all have been fans of Batman, Superman, Spiderman, and the list goes on! But then there are a few female superheroes that are perfect combinations of power, humanity, beauty, and brain. Here is a list of 10 most  powerful female superheroes we cannot afford to miss: 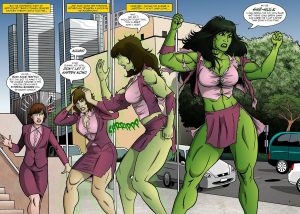 She-Hulk, who happens to be the cousin of Bruce Benner (The Hulk), is actually a timid, shy and low confident girl. Her real name is Jennifer Walters, a lawyer by profession. She was first infected with her powers when she was shot by enemies and Bruce had to give her his blood. Though Bruce tends to be a form of rage and destruction, Jennifer on the other hand was empowered both physically and emotionally. She became strong, confident, and rather independent post her transformation. However, she chose to stay in her transformed Hulk-form so that she could help those girls who could not help themselves physically. We love her for her this heroic move. 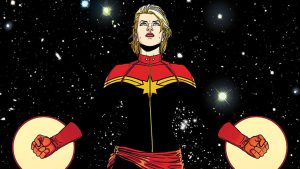 Carol Danvers or Captain Marvel has always been a deeply loved superhero from Marvel Universe. But, she rather had a pretty normal early life for a superhero. She grew up without any supernormal powers. But then growing up, she joined NASA, and eventually, in an Alien encounter, she got powers that included strength, stamina, and few others. She was previously known as Ms. Marvel for quite a few years but after a lot of struggles and hard times, she changed her name to Captain Marvel. She is indeed a superhero we can turn ourselves when it comes to motivation and encouragement. 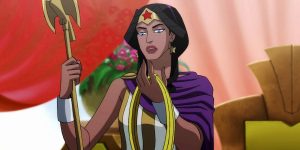 Hippolyta is a Greek God possessing a hell lot of powers. She was the Queen of the Amazons and was the first Wonder Woman before it was passed to her daughter. She defeated Heracles and created Themyscira with the help of her sister Antiope. However, Heracles tricked her by offering peace and then chained her up in his palace. Somehow she escaped from there. After that, she and her followers settled at Paradise Island, and there she fought against evil for 3000 years. 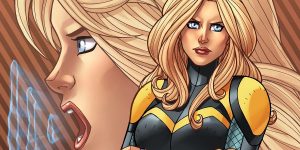 This beautiful superhero vigilante chooses Martial Arts and a sonic scream attack to fight. Her real name is Dinah Lance. Born into a fighter family, her mother, Dinah Drake herself was a vigilante and her father was a cop. She is one of the most powerful and greatest female superheroes in the DC Universe. However, she fights alongside the Green Arrow and they are romantically involved. Who won’t fall in love with someone like Black Canary anyway? Isn’t it?

Ororo Munroe, AKA Storm is a mutant superhero who can manipulate the weather and flight. She was born in Harlem and raised in Egypt till her parents were alive, but was unable to have control over her mutant powers. And this is when she had to go to Professor X for help and she joined the X-Men. Thanks to her control over the weather and the flight, she is one of the most remarkable and powerful female superheroes of all time. Well, her powers and her abilities do make her intimidating and freaking cool! 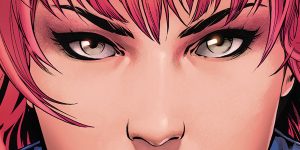 We loved Harbinger and yet we so much hate it that she has been missing from our comic book since she gave up her life to save someone else against Darkseid. With the ability to fly, manipulation of energy, and duplicating herself, Harbinger often gave the bad guys a tough time. Now we are glad that she is coming back in the New 52, but her superpowers will all be gone. Don’t worry; she will be able to control many technologies. With or without superpowers, we cannot stop loving this powerful female superhero. Can we? 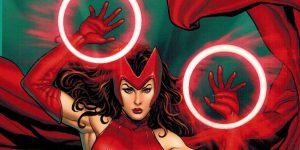 Wanda Maximoff and her brother Pietro (aka Quicksilver) had superhuman abilities. She could alter reality in a different way. However, she was not quite able to control her powers at the initial but later she managed to keep her powers in control. Wanda was initially anti-superhero along with her brother as a part of the Evil Mutants and fought with the X-Men quite a few times but they both abandoned their evil sides and joined the Avengers. However, with her ability to control reality, we surely think that she is one of the most powerful Female Superheroes of all time. 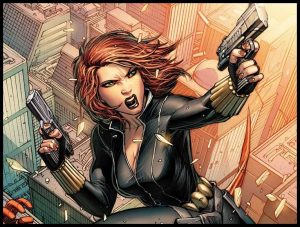 Started off as an antagonist in Iron Man, Natasha Romanoff aka the Black Widow has a unique life journey. Even though there has not been a full-time movie based on her, she has got the most screen attention than any other female superheroes. During her childhood, she was trained specifically to be a spy for a Black Widow program and she was brainwashed. This is why she turned out to be a defective adult. In spite of being an antagonist at first, Natasha later changed her mind and became an active member of the Avengers. Now we love the way she kicks the butt of bad guys. Don’t we? 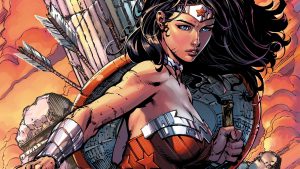 The daughter of the Demi-God has got the power to put Batman and Superman down. This badass leader of the Amazon race has immense powers and has been a member of the Justice League since the day it was created. We cannot even complete counting the names of the villains she has put down over the years. She is an incredibly beautiful and yet invincible superhero of all the time. No wonder they call her Wonder Woman. 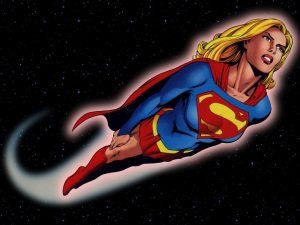 Now how can we forget our Alien female superhero! She is a Kryptonian female Superhero who is extremely beautiful yet immensely powerful. She took down villains like Kryptonian Man, Silver Banshee, Metallo and the list goes on and on. Now that cannot be too difficult for a superhuman cousin of a superhuman superhero. Can it be? We all love Super Girl and we always root for something more from her each time.

Now here are these super girls who make us think twice about the myth that women cannot fight or women are weak. I mean look at them, are not they the strongest and most powerful? They are a blend of beauty, brain, and power. Here’s to Girl Power!