The Life of “Vin Diesel”: The Night-Club Bouncer Who Became a Hollywood Sensation 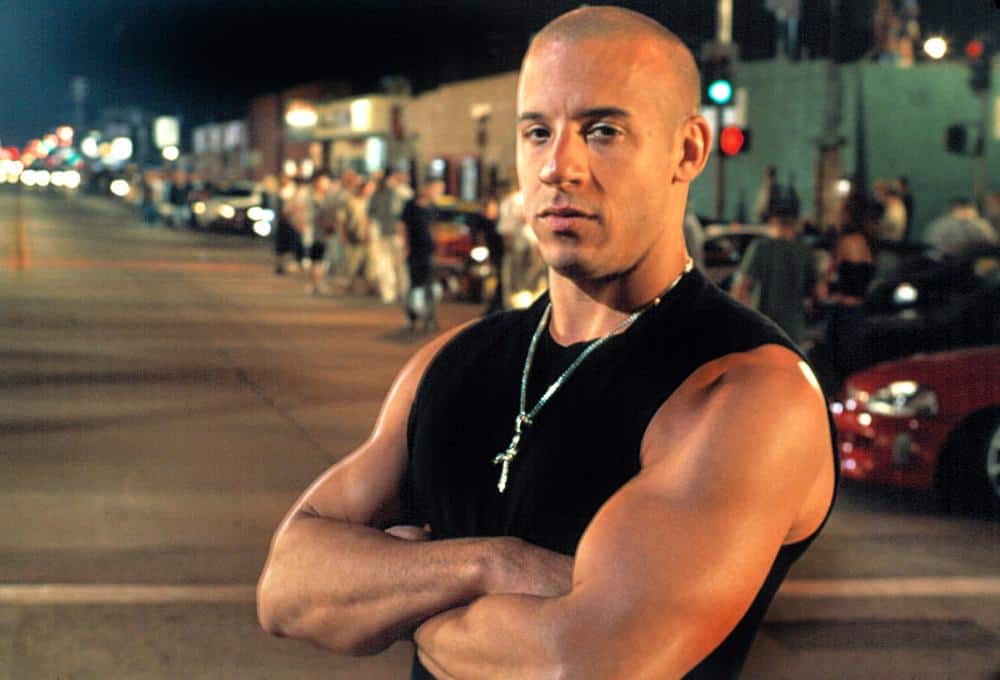 So, you think any celeb from Hollywood becomes a sensation because they were born with a silver spoon? Wrong! There are a lot of celebs who have worked their asses off so that they can achieve what they have become today. These inspiring real life stories make us really proud and we just can’t stop appreciating it.

And guess who one of the most inspiring actors of Hollywood is? Our beloved “Dominic Toretto”.

Mark Sinclair was a “nobody” before destiny hit him hard and he was starred in 2011’s biggest hit Fast & Furious. We call him Vin Diesel.

Born in 16th of July, 1967, Vin Diesel never saw his real dad as he left before he was born. But, he was quite beloved by his African-American step father and his mother. Vin was brought up in California and had a very keen interest in acting as his step-father was an acting instructor and a theater manager.

As Vin grew up, his interest towards acting kept rising and he ended up studying acting and screenwriting in college. However, being restless and the urge of being an actor made Vin drop out from college in the middle and he ended up directing, writing and acting on his own debut venture, a short movie named “Multi-Facial”; which was screened at the Cannes.

If you think Vin was as bulky as he seems now, then no! it was during the time when he was working at a night-club when he started bulking and also acquired his current name.

In the year 1997 Diesel made his first full-length film named “Strays”; although the movie didn’t do well, still he was noticed by director Steven Spielberg and this is when he bagged a role in the movie “Saving Private Ryan”, which was a war classic movie.

Till 2000 Vin did a lot of roles; some worked and some didn’t. And then 2001 happened when Vin became a household name and a heartthrob around the World. The movie “Fast & Furious” became the biggest hit of the year and everyone fell in love with Vin’s character, “Dominic Toretto”. But that was not it. I the year 2002, Vin starred in “XXX Xender Cage” and bang! Vin entered the league of action heroes. Since then Vin has starred in a variety of roles. From being a “Witch hunter” to an “army dude”, or even an antagonist in movies like Riddick and Pitch Black, Vin rocked it all.

Fifteen years from when he was starred in “Fast and Furious”, Vin is now a millionaire with a net worth of almost $150 Millions. Not only money, he has earned the love of millions of hearts and is now among the beloved action heroes like Sylvester Stallone and Arnold Schwarzenegger. We all love Vin and just like he said, “It doesn’t matter if you win by an inch or a mile, winning’s winning.” And yes Vin! You won us all with a huge difference.

You have probably heard the name Vin Diesel in his countless movies, but do you know what he’s really all about? Vin Morgan was born in Brooklyn, New York and grew up in a rough neighborhood. He studied English at Hunter College, where he also worked on his screenwriting skills. After graduating, he dropped out of college to pursue his acting career full time. He worked as a nightclub bouncer and doorman, earning extra money to put his name on the credits of his successful career.

The first thing you need to know about the actor is his name. Vin Diesel was born Mark Sinclair Vincent on January 18, 1970. He was the son of Vincent and Marguerite Sinclair Vincent. He went on to become an actor and producer. He is most famous for playing Dominic Toretto in the Fast and Furious franchise. You may not have heard of Vin Diesel before, but he is one of the most well known actors and producers of all time.

Born in Alameda County, California, Vin Diesel is an American actor, producer, screenwriter, and director. His most well-known works include the Fast and Furious series and The Chronicles of Riddick. His net worth is estimated at $225 million. Vin Diesel’s early life was spent as a bouncer in clubs. His twin brother Paul Vincent worked as a film editor and sound director.

Although his brother is an actor and movie producer, Mark Sinclair Vincent didn’t have a father until the age of seven. His mother, a talented astrologer, told him that he was of mixed race, but the twins were adopted by a theatre manager, Irving H. Vincent. They eventually moved to New York City, where Irving and Delora lived in a large mansion. He gave his sons the surname “Vincent” to distinguish them from their fathers.

Although his name was originally “Mark”, he later changed this to Vin Sinclair Vincent. He has a twin brother named Paul. He was raised by his mother and stepfather Irving Vincent, who worked in the acting industry. His mother, Delora, was a single mother, and he had no contact with his biological father. His stepfather, Irving Vincent, also worked in the theater business and raised Vin Diesel. Vin Diesel was a very shy kid growing up, but found acting and producing his first film.

In addition to his acting career, Diesel has a rich personal life. His marriage to Paloma Jimenez resulted in the birth of two daughters, Hania Riley and Vincent Sinclair. He is also the godfather of three children. Diesel is well-known for his deep voice, which was broken when he was 15 years old. The actress Paloma Jimenez named their third child Pauline after his late co-star, Paul Walker.

Apart from acting, Diesel has also created his own production company. He has founded One Race Films, Racetrack Records, and Tigon Studios. He has also lent his voice to various movies, including the comedy The Pacifier (2005) and the crime drama Find Me Guilty (2006). He is also involved in Marvel Comics with a film called Guardians of the Galaxy. His films have earned him a huge following.

In his early career, Diesel dropped out of college to create his own film. He wrote, produced and starred in the film Multi-Facial, which was selected for the Cannes Film Festival in 1995. The next year, he wrote and directed Strays, which was about a drug dealer who learns the meaning of emotional intimacy. And that was just the beginning. The rest of his life is a rich and successful one.