Country Music by far is one of the favorite genres among the music lovers. With a blend of ballads and dance tunes played on fiddle, banjo, guitar and pedal steel guitar, this popular music originated from rural Southern US, has made us fall in love with itself. Now I have a list of the best country music videos of all the time. Have a look—

The video shows Taylor Swift remembering her past life and her love story with the guy in college she just met. Basically a flash back, the “Love Story’ in the past ends well. And here once again they met in this new life. Unlike those other songs of Taylor! A Happy Ending!

Break Up With Him – By Old Dominion

A message to a girl and telling her to break up with her stupid boyfriend. This video is a light hearted flirting one. The lead singer Matt Ramsay is the McFly, rocking out with band and trying to woo a young woman away from her boyfriend with the help of multiple time-travelling versions of himself.  McFly is nothing in front of the big dude, but his lady love takes everything in control and they ride off in the DeLoran. The video actually pays homage to the 1985 sci-fi movie “Back to the Future”.

Where Were You (When the World Stopped Turning) – By Alan Jackson

The song’s lyrics is basically a reaction to the 9/11 attack in United States. Written in the form of questions, Jackson tried to write it capturing the emotions surrounding the attack, but he found it quite difficult. Moreover, even after completing it, he was quite emotional while recording the song as he thought he was capitalizing a tragedy. However, Jackson earned his first Grammy Award for Best Country Song.

An 8 year old goes through her horror of watching her father drinking, listening to their neighbours’ whispers about how bad of a person her daddy is and then her mother going through a tough time and eventually ending everything. It is basically a woman’s response to domestic abuse, seen from her daughter’s point of view. The video received quite a bit of controversy because of its graphic depiction of domestic violence, how everyone knew about it but nobody did nothing. At the end the little girl’s house gets burned down and her parents die. Thus, it’s an Independence Day for her Mother.

In a handwritten letter to his fans, “Eric Church” revealed that his three year old son Boone McCoy Church was the one who inspired him to write this song. Well it shows in the video that a young guy tries to search for his true passion but unable to do so. And then he starts learning the guitar, discovers rock and roll and eventually ends up fronting a band. Honestly, we find the song and the video quite motivating as the lyrics goes like, “One day you’ll lead the charge, you’ll lead the band, Guitar hero with lighting lightening hands; And the girls will like your tattoo and the veins in your hand.”

Before He Cheats – By Carrie Underwood

A cheating boyfriend, a girlfriend with full of rage and his broken car. This video shows Carrie taking a revenge on her cheating boyfriend by breaking smashing his car up. As she says, “May be this time he will think twice before he cheats.” Way to go Carrie!

Take our Time – By Sam Hunt

The song is a mid-tempo ballad where Hunt, who plays the role of a barroom singer falling in love with a lady in distress, someone who is struggling with domestic abuse. Though at the beginning Hunt watches everything helplessly, later he takes action and helps her sneak out of the town with her baby. And Hunt, as he already said in the song, “I don’t wanna steal your freedom, I don’t wanna change your mind”, is left behind letting her go hunt the new beginning of her life. Sam, we love you!

We all love Tim McGraw for his soulful voice with meaningful lyrics. “Live Like You Were Dying” is all about how you live your life. The video shows Tim looking through his life, with his past memories and all the things he had done in his life. And asks himself at the end, “What did I do with it?” The song won the Grammy Award in 2004 for the Best Country Song of the year.

This video by Sugarland tells us the perspective of the mistress of a man who is cheating on her. As the lyrics says, ‘‘Why don’t you stay, I am down on my knees; I’m so tired of being lonely, Don’t I give what you need.”  The mistress grieves about her pain as she is tired of being lonely. But at the end she changes her mind and says, “She deserves more than being with someone who will never be fully hers.” The video was voted the fourth greatest video of the decade on CMT.com.

A soldier is back to his home from his duty after so many years, happy and excited. He is finally going to see his wife after a long time. And he finds her cheating on him with someone else. Without any confrontation, he leaves the house, starts drinking to death. The wife, other hand, blames herself and she too drinks herself to death. Want to watch the video? Grab a tissue. As the lyrics say, “The angels sang a whiskey lullaby.” *sob* *sob*!

A good song becomes great with a meaningful video. I have helped you out with some of the best videos. If you have any other n mind, let us know the comment box. 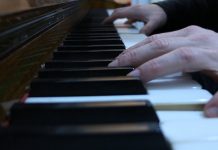 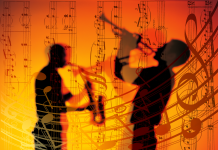 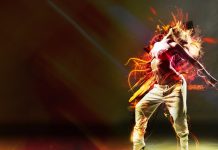 33 Best HBO Shows of All Time

10 Best Music Artists of All Time

10 Best Disney Movies of all Time

7 Best Blenders for Smoothies in 2020

5 Worst ‘The Vampire Diaries’ Couples of All Time

Urge of Creativity is dedicated in publishing posts and news about any kind of creative instincts of our society from ancient time to modern era. Feel free to share and spread the love!
Urge Of Creativity © 2016-2019