Movies & TV SeriesTop 10 Scary Movies For Kids of All Time

Top 10 Scary Movies For Kids of All Time 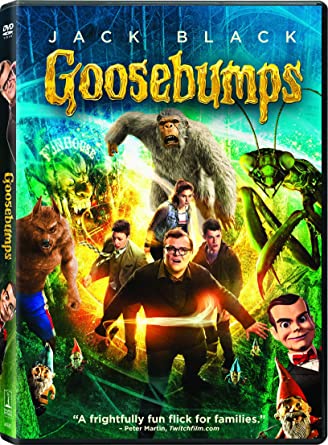 Released in 2015 and directed by Rob Letterman, “Goosebumps” is based on the children’s book series of the same name. The story of the movie tells us about a teenager Zach, who just moved into a small town. Though he is upset about moving into a small town from a big city, he is quite happy to see beautiful Hannah as his neighbor. Things turn out to be nasty when Zach accidentally unleashes all the monsters that were inside the “Goosebumps” series which is written by Hannah’s father R.L. Stine. Now it’s all on Stine, Hannah, and Zach to return the monsters where they belong. 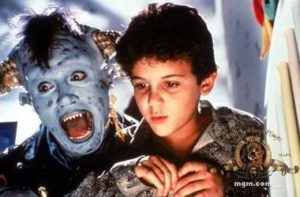 We often used to tell our parents during our childhood that there our something scary under the bed but somehow our parents never could find anything under the bed. Well, there is a history about it and that is what is beautifully explained in the movie “Little Monsters” directed by Richard Alan Greenberg. Brian, a little boy isn’t very afraid of the monsters under the bed and now he is friends with boogieman, Maurice. Maurice introduces Brian to the new world of little monsters where there are no rules, no parents and there is lots of fun. But things go out of hand when Brian’s younger brother Eric is kidnapped.

Coraline is a dark fiction based on the dark fantasy novel for kids of the same name written by Neil Gaiman. The movie is directed by Henry Selick. Coraline Jones is an 11 year’s old little girl who likes adventures and is not very fond of the life she is living. now she has managed to find a World of her choice and now she is inside that world. But all things that look good are not necessarily good for you. The movie is not only ideal for kids but also for adults as it portrays the message “Be careful of what you wish for”. 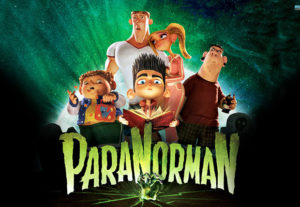 The story of this beautiful movie is based on Norman Babcock an 11-year-old little boy who speaks to the dead and who is often bullied by his friends and other people because of his uncommon trait. His one and only best friend are Neil Downe who is also a loner. During a play rehearsal, Norman learns his town’s past and the reason behind his extra-ordinary trait of speaking to ghosts. This is a great movie that shows acceptance of one’s uniqueness, forgiveness and how does it feel to be different. It is indeed one of the best movies for kids.

This movie by Tim Burton is one of his best works. Released in 1988, Beetlejuice deals with the story of a deceased young couple who has become a ghost. Now they are haunting by their former house which is taken over by humans. So they have hired “Betelgeuse” pronounced as Beetlejuice, the “bio-exorcist” to scare the humans away who are occupying their house. With a great story and lots of fun, this is a great scary movie for kids around the World.

Directed by Don Coscarelli, the movie was released in the year 1976. The movie is special as it deals with all teenage problems starting from bullies, to girl issues to Halloween preparation. It is indeed a beautiful movie for all the kids out there. 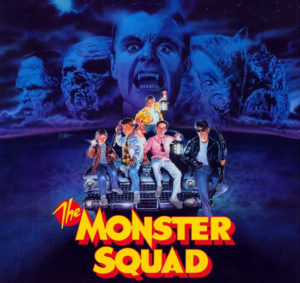 Directed by Fred Dekker, this horror-comedy was released in 1987. the story tells us about a group of kids in their pre-teens who loves horror movies and idolize classic monsters. But things turn out to be sore when they realize that the monsters from their favorite movies come to life and now they have to battle against the scary monsters who are trying to take over the world. The movie is filled with a lot of drama, horror, thrills, and fun, this movie is indeed one of the best movies for kids.

The American Comedy Horror movie “Gremlins” was directed by Joe Dante and was released in the year 1984. The story tells us about a young man who has a strange-looking creature named “mogwai” as a pet. It starts being creepy when “mogwai” starts producing evil creatures that transform into monsters.

Directed by Tim Burton, this American dark fantasy was released in 1993. The ruler of Halloween Town Jack Skellington discovers Christmas Town and now he wants to celebrate the holiday in Christmas Town. Though a very simple story, then it has been spoken is amazing. Indeed a great scary movie for the kids.

Three kids battling against a house, which is notorious in the town as a “monster house”. The story is a beautiful one with lots of events. Nebbercracker, who lives in the “monster house”, is an alone old man who is accused of eating his wife Constance. Now, the “monster house” is eating anyone and everyone who goes near the house. Now, these three kids have to battle against the house to get rid of its monstrous actions and Nebbercracker is going to help them. The movie teaches you the power of friendship and teamwork. A must watch for all the kids.

Now here we have provided you the list of best scary movies your kids can watch. Now go ahead and grab the CDs this Halloween and give your kids the best treat ever!