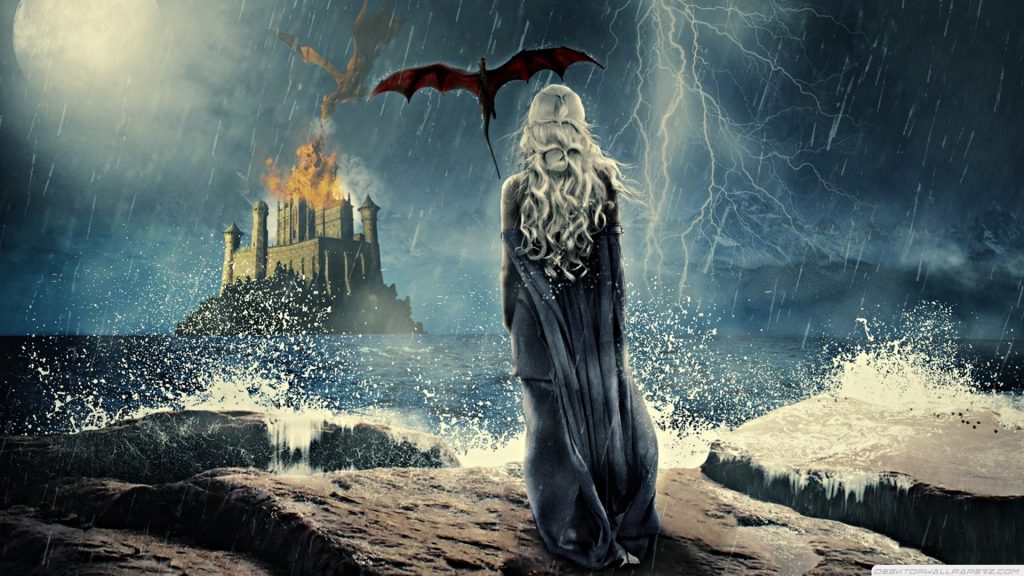 This sweet little lad was once everyone’s pie when he came to Castle Black after he lost his parents and his whole village in the Wildling attack. But then he shot Ygritte. It was quite okay for us because she killed his parents. But when he betrayed Jon Snow, we all started to hate him. We felt good only when he was beheaded in Season 6.

We all remember that jealous psychopath lover of Ramsay Bolton. Myranda was a sadist with an intention of keeping Ramsay pleased all the time with her nasty deeds. From having Tansy mauled by the dogs to intimidating Sansa, Myranda took everything to a different level for the love she had for Ramsay. We couldn’t love to see it more when Theon threw her off the rampart to die.

An arrogant, stupid and pompous fellow, who could do anything to get his work done, traded his little sister Daenerys to Khal Drogo for a bunch of Army. Though he claimed to be the righteous heir to the Seven Kingdoms, there was nothing “Targaryn” about him. We hated him more for what he said to Daenerys when she was reluctant to marry Khal, “I would let his whole tribe f**** you, all his forty thousand men and their horses too, if that’s what it took (to take Westeros).” Well we took a deep breath of satisfaction when Khal gifted him that “Golden Crown” and it led him to death.

Though at one point Robert Baratheon’s younger brother seemed to be the righteous king to the “Seven Kingdoms”, this stubborn and obnoxious fellow lost all his respect when he killed his own brother with the help of black magic. His hunger for power and manipulation by the sorceress has led him to kill too many people. We hated him more when he sacrificed his own daughter Shireen to the Lord of the Lights in order to fulfill his motive of becoming the king of “Seven Kingdoms”. We are still grateful to Brienne for avenging Renly Baratheon by putting a sword through Stannis’s heart.

“The Red Woman” as we all popularly know, Melisandre managed to be quite a despised character throughout the whole six seasons so far. Though she is a beautiful and graceful woman, this sorceress has manipulated Stannis to an extent that he sacrificed his own daughter in the name of mysterious deity the Lord of the Light. However, despite of all her black magic, murder, warmongering and stuff, we could not help but appreciate her when she brings Jon Snow back from the death. Let’s take a moment in the name of this Red Priestess and enchant in her way- “For the Night is Dark and Full of Terrors.”

This irritating as hell heir to “Iron Islands” always did things to impress his Daddy Dearest and failed. By betraying Robb Start and beheading his childhood weapon trainer Ser Rodrik Cassel, this pathetic petulant managed to gather all our hatred. Always took pleasure in putting other’s down but soon became a victim himself. Now he no longer remembers his own name and manages to call himself “Reek”, a name given by Ramsay Bolton.

Littlefinger’s puppet, a mother of a spoiled child, murderer of her husband and what not! We all knew Lysa was quite selfish when she refused to help her own sister Catelyn Stark with an army against the Lannisters. She was so obsessed with her childhood sweetheart “Littlefinger” that she killed her husband according to his wish and later blamed it to the Lannisters. It has led to a huge civil war and hence thousands died along with her own sister and nephews. Well, she paid off her dues when she died after Littlefinger pushed her out through the Moon Door.

Remember that creepy, pedophile, dirty looking old king from House Tully? Well no one can forget the man who signaled for the horrendous “Red Wedding Massacre” to begin. This deceitful old fellow enjoyed young wives and spawned more than 100 descendents. He joined forces with Roose Bolton and the Lannisters to betray the Starks and hence killed almost half of the Starks including Catelyn, Robb and Robb’s pregnant wife Talisa. We only felt justice has been served when Arya slit Walder’s throat the same way they did to Catelyn.

Highly manipulative Petyr Baelish was the reason Ned Stark died and this is why we all hate him so much. Nobody knows which side is “Littlefinger” on! From plotting Joffrey’s murder to trading Sansa to Ramsay Bolton, Petyr Baelish did everything he could to be on the “Iron Throne.” Though we hate him to the core, we cannot just deny that he is one of the most important characters in the show.

I bet there might have not been a single minute on screen when you didn’t wish him dead throughout the seasons. Joffrey was a sadist little obnoxious freak who loved to torture Sansa and find happiness. We didn’t like him much from the beginning but with Ned Stark’s death, we almost started to loath him.  But thanks to Petyr Baelish, he died an awful dead which satisfied all our thrust!

A true bastard in every way, Ramsay wasn’t that much of a hated character at first. We did like him when he tortured Theon as we felt like he deserved it for what he did. But then, to our surprise, this good looking bastard took everything on a whole new level and we started hating him to the core. It was great to see how he was eaten by his own dogs. God bless Sansa!

Have you ever hated a mother? Well, if you know Cersei then you have. She is beautiful yet deceiving and the most hated character of Game of Thrones till now. Being a woman, now she has managed to take Westeros under her and no doubt she is way too clever than any of the Lannisters. From incest to adultery, from mass murder to plotting of her husband’s death, Cersei did everything without letting her hands get dirty. She is certainly one powerful woman to hate. Isn’t it?

Though we hate them, we cannot disagree the fact that without these characters, Game of Thrones would have been a boring thing with just a bunch of good people. As they say, “It’s the villains who do remarkable things. Heroes just try to stop them.”